History of the tournament

The annual Florida Sheriffs Youth
Villa Classic Golf Tournament will
tee off for the 58th consecutive year.
This tournament began in 1963 as
the Armour Invitational, became the
U.S. Agri-Chemical Championship,
and then evolved into the Youth Villa
Classic in 1972. As such, the Classic
encompasses not just a 54-hole major
golf championship, but also a highly
successful women’s tournament with
statewide participation.
This great Memorial Day Weekend
Classic proved to be a kick-start for
several of its champions, including
professionals Andy Bean, Bob Murphy,
and U.S. Amateur Champion Fred Ridley,          and is considered one of the
finest amateur tournaments in
the state. 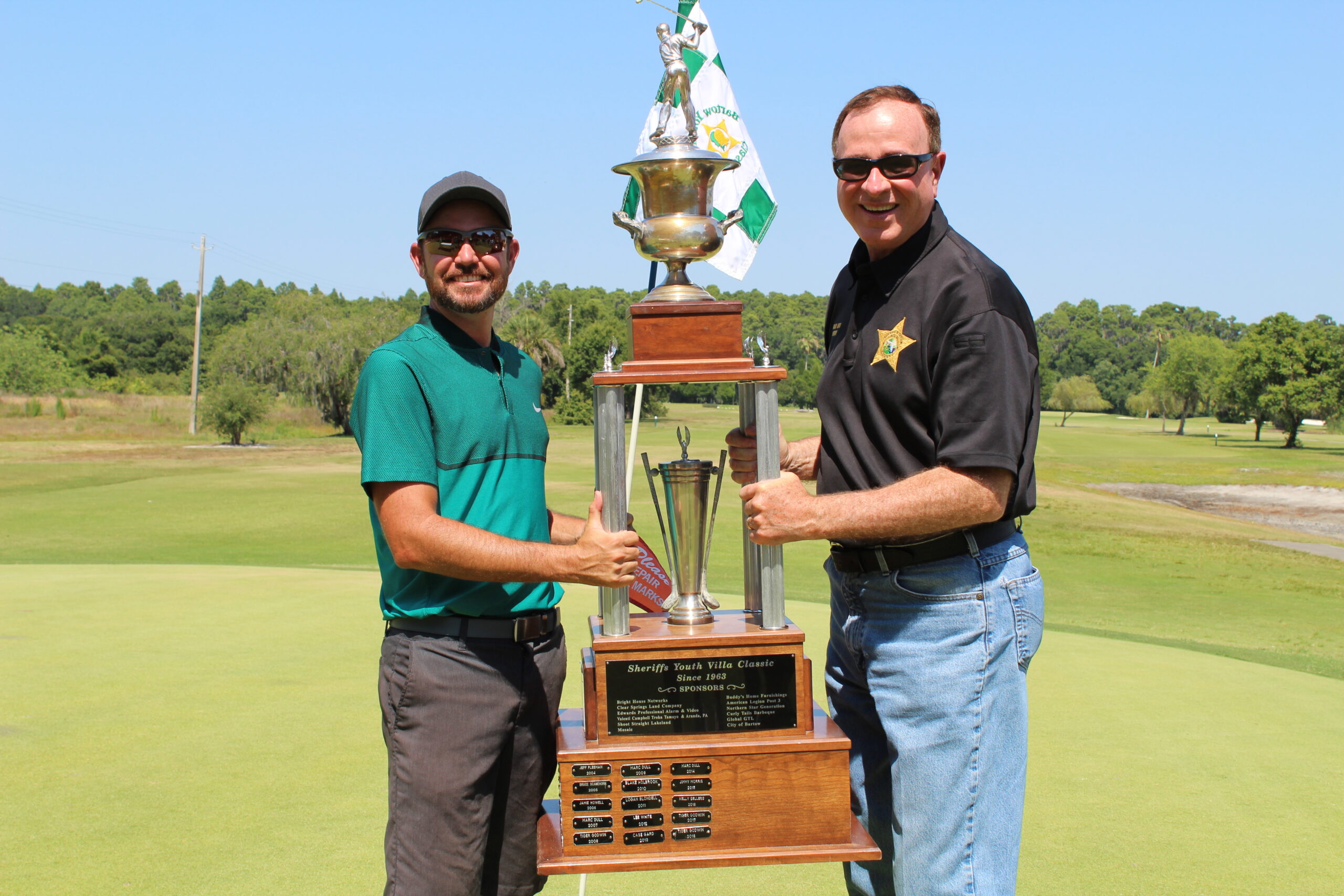